I'm not the most patient person in the world. In fact, some might say I'm the most impatient. But God is teaching me patience. Recently - actually several months ago, my husband and I decided to buy a house. The time was right - or so we thought. We got pre-approved, which went quite smoothly and our search began.

We found the first couple of houses we wanted to look at, made an appointment with a realtor to show them to us, and the waiting began. We made the appointment on a Friday to see the houses Monday. Big mistake - at least I thought so at the time. More on that later.

Since we had a limited budget, houses in our price range were few and far between, especially in the area we wanted to live. Just a month earlier, there were an abundance of them.

Come Monday morning, the realtor sent a message, one of the houses sold over the weekend. Day late and a dollar short. Okay, we went to look at the other one.
Can you say small? I mean small. It was a 2 bedroom house with closed in porch. All newly remodeled. I found out why it was in our price range, not only did it not have a garage - which we knew going in - but the 2 bedrooms together would have made a small one bedroom. I've seen closets bigger than the smallest bedroom. I don't think a twin bed would have fit in there.

So back to the drawing board. Hubby and I both loved the other house from the pictures and drive by - well actually, I got out of the car and looked in the windows. It needed some TLC - anything in our price range would - but nothing we couldn't handle. Of course this drive by was before it was sold.

We found few other house over the course of a several weeks, but there was always something wrong that we couldn't go see them. We were going FHA so that limited how much work we'd be allowed to do. Either it wouldn't pass FHA standards, was a short sale, or sold before we had a chance to look at it. One house, that we really loved, was being shown to 30 perspective buyers. Realtor said there'd be a bidding war and wouldn't even show it to us. About that time, we were totally frustrated.

Coming up with an idea to increase our down payment, and therefore, increase the price point, I called the lender. He upped our price point and wouldn't you know it, not one house came on the market in that price range, everything was higher. Signs of an improved economy and seller's market in the area we were looking. Seriously, one would no more come on the market and be snatched up within a day or two.

Then we found it. The perfect home - or so we thought. A manufactured home in a 55+ community. Sounded like the solution to our problem. Best part was we could pay cash. Okay, it was old and needed updating and a lot of elbow grease and TLC. That was okay, we'd own it outright and only have to pay the maintenance fee. The community had a lot of activities and I hoped to get my hubby off the couch and involved.

There were a couple problems, though. They only allowed two dogs and they could only weigh 30#s together. Or you could have one dog up to 30#s. We have two dogs and I'm afraid they're both overweight. One of them was very close to the 30# limit. Would we have to get rid of one? Which one? How to make that decision? Of course, we only found this out after we put in an offer on the house, and it was accepted.

There was a stipulation to our offer, though. It was contingent on an inspection. We'd never buy something of that magnitude without one. So, $300 later, we rescinded our offer. There were some concerns about the electrical and he couldn't check the furnace because the gas was turned off. Also, a neighbor came over when we were outside talking and mentioned the skirting around the home. It hadn't been updated and the homeowners were supposed to do that. This was an estate sale and it was being sold As Is.  They weren't willing to spend the money for it and the community wouldn't approve our residence if it wasn't done. The cost - upwards of $1000.00.

So, back to the drawing board. Talk about frustrated. But, I had faith. God had something in mind for us. I prayed about it right from the beginning, for Him to show us where He wanted us. We honestly thought it was the manufactured home. Everything seemed ideal and went smoothly. The owners accepted our offer without hesitation. No back and forth counter offer. And we loved the location of the home, right across from woods, met two of the neighbors who were really nice. We really looked forward to moving there. But alas, it was not to be.

Fortunately, for us, the first house that we liked came back on the market.  Funny thing was, I told my hubby we'd probably end up with that house even after it sold. Something about it felt right. I was drawn to it right from the beginning.

I called the realtor who was handling the deal and made an appointment ASAP. It felt like home the minute we went inside. After we walked through it, hubby said, "Buy me this house." LOL We put in an offer contingent on the inspection and called the same inspector who did the manufactured home. He was very thorough.

I held my breath and prayed while he went through the house. A few minor problems later, that we could take care of ourselves, we sealed the deal.

So...now I wait yet again for the financing to go through. We're supposed to close in Sept. and move in Oct. Seems like such a long time away. In the meantime, I've already packed everything I could possibly pack, as well as gotten rid of a ton of stuff. And I'm making lists. I'm a list maker from way back, and as I get older, I make even more lists. I have a list of cleaning supplies we need to take over, a list of stuff I need to buy for the cleanup and, of course, lists of stuff I want. My wish list - like a new stove and carpeting.

I'm definitely learning patience. It's not easy, but I'm learning to live with waiting. Not that I  have a choice. But I've become less anxious. I did lose 14#s through this whole thing so far. I figure it's all the packing and moving boxes I've done, because I'm sure still eating the way I always did. Stress might have something to do with it, but since I was pretty much a couch potato, I'm crediting it to the activity.

I can't wait to move. 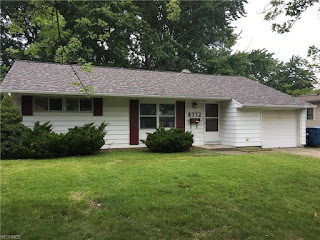 Check out my books at: Books We Love